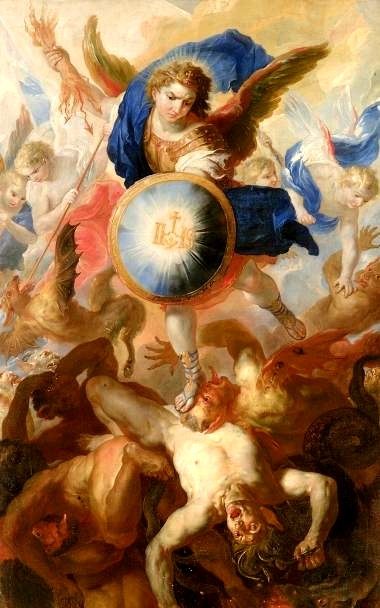 Saint Michael the Archangel, defend us in battle, be our protection against the malice and snares of the devil. May God rebuke him we humbly pray; and do thou, O Prince of the Heavenly host, by the power of God, thrust into hell Satan and all evil spirits who wander through the world for the […]

Born in 1953,I am the founder of the Defenders of the Earth in October 10 ,2007. We try to proposed an alternative of the New World Order and a new vision of life. We consider that the Humanity must live in harmony with all forms of life and abolish the neoliberalism for preserve the human life and continue the Earthlians adventure. We consider that we are not alone and we will receive an ultimatum in few time. Voir tous les articles par Michel Duchaine